Hi, I’m Jeff Collins and I am the Founder and Principal Coach for Impact People Coaching Ltd (IPC) established in 2001. They say that “time flies when you are having fun” and I have to agree with that. Make no mistake, it has been hard work setting up your own business from scratch and after passing the ten-year established milestone it gave me a huge sense of pride and achievement. It has been a real adventure working with so many different people and helping them achieve their goals (whatever they may be) and being part of people’s development and growth in their business and life.

Given that most of us typically spend half of our waking lives at work, it is pretty important that during that time we enjoy, have fun, grow, play full-out and be the best we can possibly be….right?

Well that’s certainly our philosophy at IPC and we dedicate our efforts to helping people achieve their business, career and life goals.

Before setting up IPC in 2001, I had been in the workplace for some 25 years. From Engineering Technician, to Advertising Sales to Capital Equipment Sales to then embark upon a sales career in the toy industry with Fisher-Price. I was made Sales Director at 32 and went on to lead the newly merged Mattel Group for the next six years through a period of explosive growth and acquisitions galore! We bought six companies in four years and it was then that I realised the secret of success was that ‘people with a purpose play full out’ and ‘people who play full out achieve success’, somehow knowing that one day I would come back and set up a business helping people and organisations to do just that!

After 13 great years at Fisher Price and Mattel I moved on to join the Board at Hallmark Cards to help them realise their potential in the UK and Ireland by maximising their mergers more efficiently, sharpen their marketing proposition, make operational efficiencies and significantly grow sales. Three years later, with that job done, having spent over 25 years working for other people, hitting 40 and a burning desire to set up my own coaching and development company, it was time to go for it and set up Impact People Coaching Ltd.

We registered IPC Ltd on December 21st 2001 and with many successful years behind us and thousands of success stories, we are even more excited about the next phase of IPC and the new adventures and challenges that lie ahead.

It would be great to discuss ‘possibilities’ with people and companies like you interested in ‘playing full out’. 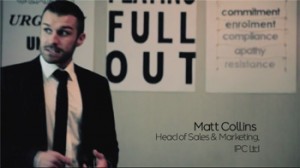 Matt came on board with IPC in January 2013, his primary role as Head of Sales & Marketing is to promote the unique one-day personal effectiveness workshops. During these P.E.Workshops Matt also facilitates some of the content throughout the day. Matt is qualified NLP Practitioner and trained in Social Media. Matt’s background prior to coming on board with IPC was as a professional footballer for the likes of Fulham FC and Swansea City FC. 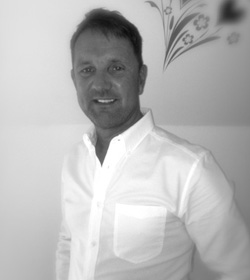